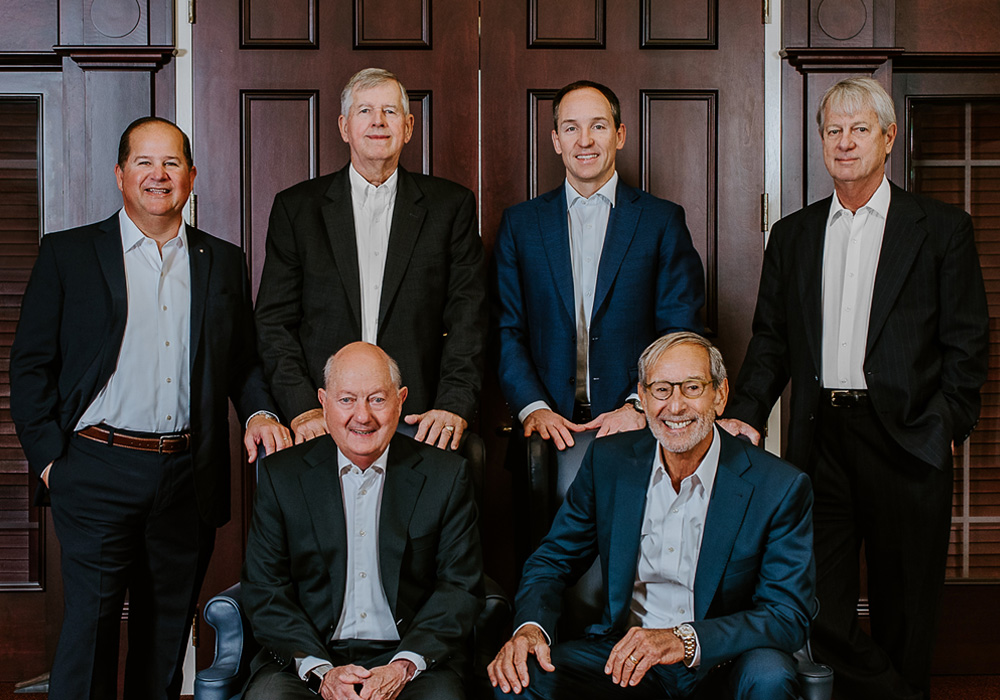 After becoming President and CEO in 2019, John is the newest addition to our Board of Directors. John spent most of his banking career at First Union National Bank/Wachovia Bank, where he gained experience as a Commercial Banker, Private Banker, Corporate HR Trainer, Financial Consultant Leader, and eventually Area President and Community Banking Executive. Born in the Dominican Republic and raised in a small town in Florida, community service has been at the heart of John’s career and he has served on numerous Boards throughout the state of Florida, including serving as the Rotary International District Governor of District 6940 2018-2019.

Chairman of the Board Keith Leibfried is a graduate of Florida State University with a bachelor’s degree in Business Administration. He first joined First Federal in 1974. In 1981, he became the President, CEO, and Chairman of the Board. Under his leadership, the bank has grown from $10 million to over $2 billion in assets with more than 700 employees.

Keith is also widely involved in our local communities. He is a member and past president of the Rotary Club of Live Oak, and has been a board member for the Suwannee Valley Community Foundation, Haven Community Advisory Board, Heritage Parks and Gardens, and the Suwannee Valley Community Coordinated Child Care. He is also the recipient of the 2011 United Way Presidential Lifetime Volunteer Service Award, the 2010 President’s Council on Service and Civic Participation Call to Service Award, the 2009 Lake City Community College Distinguished Friend of the Foundation Award, and numerous others.

Larry has more than 40 years of commercial banking experience, primarily loan related. He served for more than two decades as Executive Vice President and Senior Loan/ Senior Credit Officer. In this capacity, he was responsible for all aspects of his bank’s lending activities. These accountabilities included commercial, consumer, leasing and residential lending. His career focused on the development and maintaining of sound and profitable loan portfolios, as well as maximizing operating efficiencies. During his tenure as Senior Loan Officer, he was directly involved in production forecasting, customer and loan officer profitability models and product development.

Upon his retirement in 2002, Larry has served as Senior Loan Consultant with a national firm, where he represents them on loan related consulting assignments. In addition, he serves as a facilitator and instructor of various loan programs, seminars and banking schools. Larry has extensive experience with both community and regional banks. In the past he served as an Executive Officer for a multi-bank holding company. In addition to his lending responsibilities, he served as a Regional President and a member of the bank’s Executive Management and Asset/Liability Committees.

After completing his Bachelors in Finance at the University of Florida, Brian spent six years at First Federal managing all aspects of the treasury function, and managing the secondary marketing component of the mortgage business. He left First Federal to join Performance Trust Capital Partners in Chicago, where as a VP and Team Leader, he manages a team of advisors working with around 40 depository institutions. He also is an instructor at the affiliated Performance Trust University, a nationally recognized educational course for institutional fixed-income investors.

Brian is a Chartered Financial Analyst, a registered representative with FINRA, and maintains Series 7 and 63 licenses.

Stephen is a graduate of the University of Florida where he received his political science degree in 1969 and his Juris Doctorate in 1974. He has been a practicing member of the Florida Bar since 1974.

Stephen also served in the U.S. Army from 1971 to 1972. He currently practices law in the areas of personal injury, medical malpractice, and wrongful death.

Philip is a native of Lake City, Florida, and graduated from Spring Hill College in Mobile, Alabama in 1971 with a bachelor’s degree in Accounting. He then became a Certified Public Accountant and in 1972 joined the firm of Odom, Moses & Company, CPAs, and became the managing partner in 1987. In 1998, Philip obtained his Series 7 securities license and joined Raymond James Financial Services as a Financial Advisor. He currently holds Series 7, 9, 10, 31, and 66 securities licenses as well as Personal Financial Specialist certification.

Philip has been named to Raymond James Chairman’s Council for a number of years. He serves as Vice-Chairman on the Board of Directors of First Federal Bank, and is involved in several local non-profit organizations.